The debate has started again.

Healthcare reform is once again in the limelight and there is a lot of speculation about where the healthcare industry is going to end up when Washington figures out just exactly how they are going to balance the budget.

Here is a quick comparison of the different plans from USA Today:

•Obama: Cuts $340 billion over 10 years from projected increases in federal health care programs while preserving Medicare and Medicaid. Enforces the savings with a process that would implement cuts if a future Congress refused to make them.

•Fiscal Commission: Implements and expands Medicare changes in the 2010 health care law that were designed to reduce costs; sets limits for health care spending beyond 2020.

•Bipartisan Policy Center: Gradually raises Medicare Part B (doctor) premiums from 25% to 35% of program costs. Changes Medicare, starting in 2018, to a program that encourages the use of private plans, but keeps traditional Medicare as a backup system.

•House Republicans: Changes Medicare, starting in 2022, to a system in which the government would provide payments to beneficiaries to buy private insurance. The average payment, which would go to the insurer, would be $8,000 in 2022. Raises eligibility age to 67 by 2033. Cuts Medicaid by $750 billion over 10 years and turns it into a block grant to the states. Repeals key parts of Obama’s health care law.

The big question is not about whether or not the current healthcare system we have needs to be fixed to deal with the rapidly aging population but how are we going to do it.

The NY Times had a great article yesterday, Reshaping Medicare Brings Hard Choices, outlining some of the difficult decisions that we are going to have to make to find a solution.

Tell us what you think.

Need help with this or any other aspect of running a profitable efficient and caring practice?

We would love to help! Click Here to request a Free Medical Billing Audit and let us show you where you may be leaving money on the table! 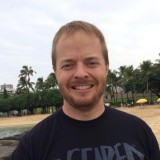